LANSING (AP) — Gov. Gretchen Whitmer’s proposal to significantly increase fuel taxes to fix the roads is paired with another politically difficult plan — overhauling how Michigan divvies up what would be $2.1 billion in net new revenue.

The Democrat wants that money deposited into a new fund, so the cash is distributed to reconstruct and maintain the most highly traveled roads. Critics have long said the 1951 law that sets how transportation dollars are divided is outdated, disproportionately favoring rural roads instead of urban roads used by more people. 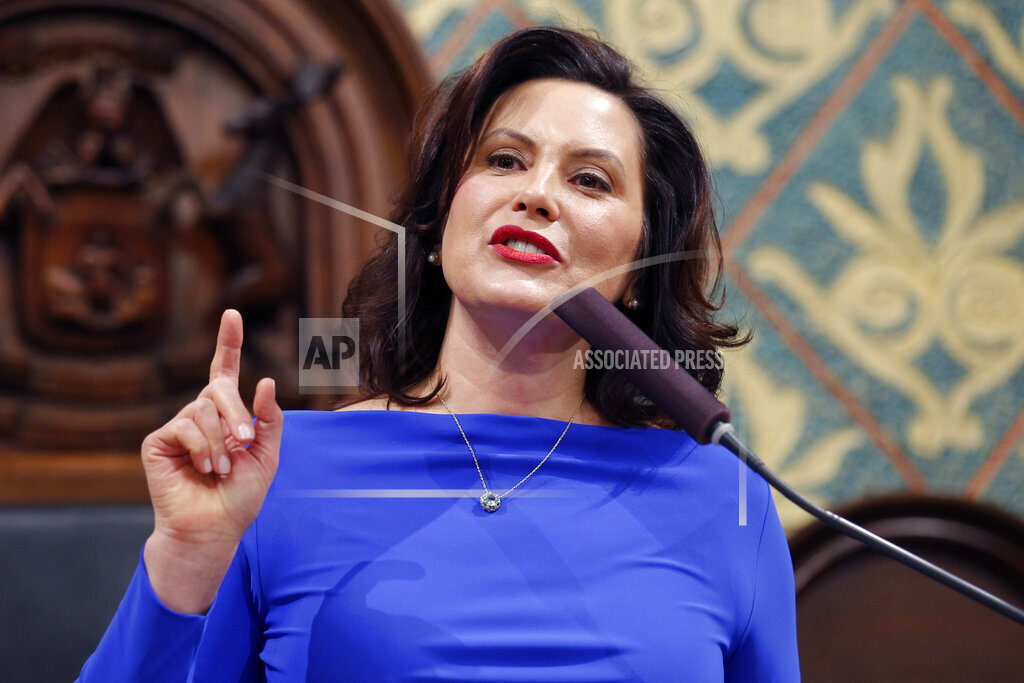 “The new revenue is being aimed at the most heavily traveled roads and most economically important roads in our state, regardless of whether they’re a state road or a local road,” said state budget director Chris Kolb. “Drivers don’t care who owns the roads. They want those roads fixed.”

The main obstacle for Whitmer may be the political makeup of the Legislature. Many Republicans in the majority, who already have rejected her proposed 45-cents-a-gallon gasoline tax while also acknowledging that more revenue is needed, represent more rural areas.

Under Whitmer’s proposal, existing road and bridge revenue — which primarily comes from fuel taxes such as the 26-cents-a-gallon gasoline tax and yearly vehicle registration fees — would stay in the current formula: 39 cents of each dollar to the state Department of Transportation, 39 cents to county road commissions and nearly 22 cents to cities and villages.

The new money collected from a 45-cents-a-gallon increase would be split as follows, based as a share of line miles: 47 percent to interstates and freeways; 30 percent to the most heavily traveled non-freeways; 7 percent to highly traveled roads that are mostly locally owned; 7 percent to roads that are almost completely under local control and connect to neighborhoods and the local street network; 4 percent to local bridges; 3 percent for transit, rail and mobility services; and 2 percent for uniquely significant rural roads that serve major agricultural or manufacturing facilities.

The nonpartisan Citizens Research Council recently reported that rural systems have 69 percent of roads and 30 percent of road usage, but the upkeep cost per miles is way higher in urban areas where roads are more heavily used. The money for local road agencies is based on road miles, population and vehicle registrations — “rudimentary” measures that “do not begin to address funding to the highest levels of need,” according to the study .

“A one-lane road and a two-lane road get the same funding now. That’s dumb, and no one could argue any other way,” he said. “You cannot solve this problem without solving that formula.”

Whitmer’s predecessor, Republican Gov. Rick Snyder, also tried to overhaul Public Act 51, calling unsuccessfully for unspecified “wholesale revisions” in advance of GOP-passed fuel and vehicle registration tax hikes that took effect in 2017. He had previously suggested directing the bulk of any new revenue toward commercial routes in more populated areas key to trade and business. But much of his focus concentrated on overcoming political resistance to a gas tax increase.

But GOP Rep. Triston Cole of Mancelona said he and others who represent rural districts are “very disturbed” that they could “lose funding through a pretty extreme change.” He called it a “nonstarter” but said he is open to considering other funding mechanisms to upgrade roads in important industrial or economic areas.

“I’m going to do my job and protect rural road funding to the best of my ability,” Cole said. “Rural areas need more money, too. We have poor road conditions all over the state. From every nook and cranny that you can think of, we’ve got road issues.”