(CNN) — Denali Brehmer began planning how to kill her “best friend” after a man she met online said he would pay her several million dollars for evidence of the killing, Alaska authorities say.

The 18-year-old from Anchorage, Alaska, had developed an online relationship with Darin Schilmiller, 21, of Indiana, who posed as a millionaire named “Tyler,” and offered her at least $9 million to kill Cynthia Hoffman and send him “videos and photographs of the murder,” according to the Alaska Department of Law. 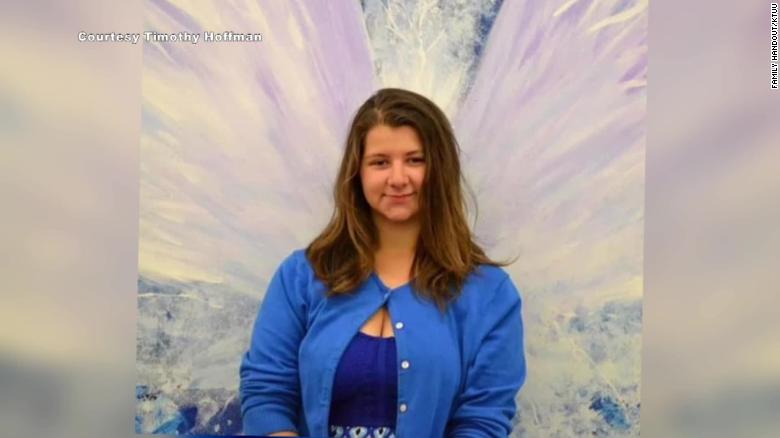 The two began discussing “a plan to rape and murder someone in Alaska,” several weeks before Hoffman’s murder, according to court documents.

Hoffman, 19, and Brehmer are described in the documents as “best friends.”

Hoffman was bound with duct tape, shot in the back of the head, and pushed into a river near a hiking trail outside Anchorage on June 2, the department said in a statement.

Anchorage Police officers discovered her body along the Eklutna River bank on June 4.

Brehmer recruited Kayden McIntosh, 16, Caleb Leyland, 19, and two juveniles to help her carry out the killing, and in exchange, “all of them would receive a significant sum of money for their part in the planning and/or execution of the murder,” according to the department’s statement.

Victim had a learning disability
Hoffman was brought to Thunderbird Falls by Brehmer and McIntosh in a truck borrowed from Leyland under the ruse they were going on a hike near the Eklutna River, the statement said.

They stopped at a clearing and Hoffman’s hands and feet were bound with duct tape and duct tape was wrapped around her head and mouth, according to court documents.

McIntosh shot Hoffman one time in the back of the head with Brehmer’s gun, court documents said, and she was then put in the Eklutna River.

Phone records show Brehmer was sending videos and photographs to Schilmiller “at his directive” throughout.

Hoffman said in court his daughter was an “angel” and a “daddy’s girl.”

‘Tyler’ had also directed girl to sexually assault a child
A grand jury indicted all six defendants Friday for first-degree murder, first-degree conspiracy to commit murder, and two counts of second-degree murder and other charges. McIntosh is being charged as an adult.

Brehmer, McIntosh, and Leyland are in the custody of the Department of Corrections and will be arraigned Tuesday, according to the Alaska Department of Law.

The juvenile defendants are also currently in custody, the Department of Law said.

Schilmiller will be arraigned once extradited to Alaska, the Department of Law said. He is currently in federal custody for child pornography charges.

Federal court documents allege Schilmiller had also directed Brehmer to sexually assault an “8 or 9 year old” and a 15-year-old and send videos to him. Brehmer told investigators she did, and video of the 15-year-old was recovered by investigators.

It is unclear who is Schilmiller’s attorney or if federal charges have been brought against Brehmer.