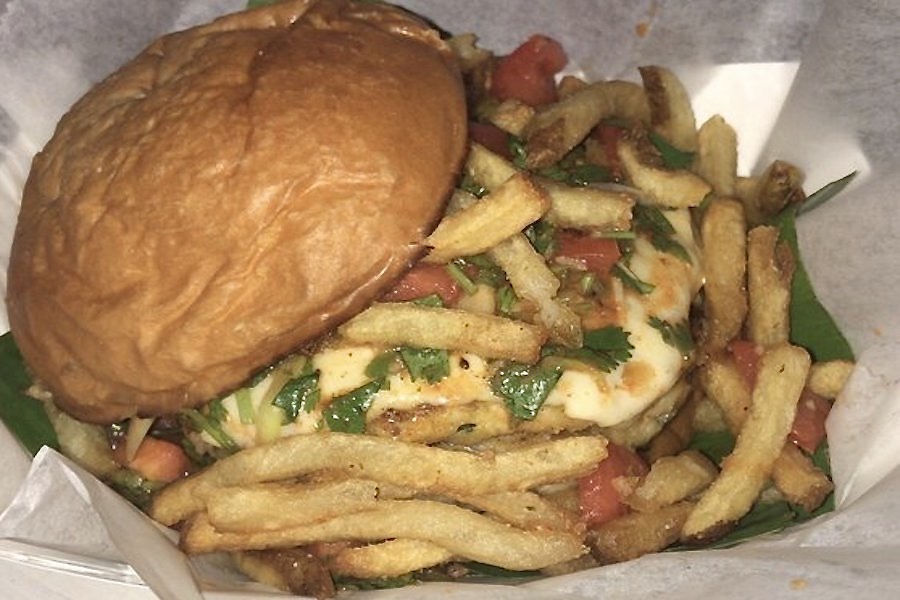 A new Cuban spot, offering burgers and more, has opened its doors in the neighborhood. Located at 66 W. Columbia St. in Downtown, the new addition is called Frita Batidos.
Frita Batidos attempts to source meat, cheese and produce from Michigan or the Midwest for its menu, according to its website. The restaurant’s selections consist of vegetarian, gluten-free, vegan, soy, non-dairy and many more food items. Expect options like the loaded plantains (with no crème and cheese), a black bean frita, garlic cilantro fries, pork loin, fish frita and a chicken salsa verde bowl, to name just a few.
With a four-star rating out of 19 reviews on Yelp so far, the new addition has received a good response.
Moe A., who was among the first Yelpers to review the new spot on Oct. 25, wrote, “I came here and tried their fish burger with fries. And let me say this:  it was deliciously messy! Just the way a nice street burger [should] taste and be. Furthermore, [the] garlic fries are flavorful, thin and starchy.”
And Lina P. wrote, “I got the chorizo burger, fully loaded with all the toppings, and it was absolutely delicious. [It was] full of flavor and definitely a large portion; I had to even eat it with a fork and knife.”
Interested? Stop by to welcome the new business to the neighborhood. Batidos is open from 11 a.m.–11 p.m. on Sunday through Wednesday and 11 a.m.–midnight on Thursday through Saturday.
Want to keep your finger on the pulse of new businesses in Detroit? Here’s what else opened recently near you.