CBS Detroit – Folklore says the City of Novi got its name when in 1832, Dr. J.C. Emery at the suggestion of his wife offered up the name Novi. The story goes the land was the number sixth stop on the Grand River Road toll road. Noted by “NO.” and “VI”, and the rest they say was history. The City of Novi was incorporated in 1969, but what many may not know, is that before it became the sprawling city it is now, Novi made a name for itself in the early days of Indy car racing.

Many have passed the old Novi water tower marking the birthplace of the “Novi Special”. It is a history that broke Indianapolis Motor Speedway records after the war. When troops returned home and Detroit went back into gear being the automotive capital of the world. Racing quickly became a passion and a hobby for Americans across the country. As Indianapolis Motor Speedway Historian Donald Davidson recounts, the engine and the racecar came about in 1938 when industrialist Lew Welch who had a business in Novi – back when Davidson says Novi was just a dot on the map. He approached engineer Ed Winfield. Winfield who already had a straight-eight racing engine was asked by Welch, “If money was no object, what would you build?”. Winfield replied “I had this idea for a V8 version of this straight eight and supercharged… I think it would have all kinds of power”. So Welch said, “Let’s do it!”. Ed Winfield then said, “It would take a lot of money…” to which Welch replied, “You don’t understand! Let’s do it!”.

So in 1941, a “Winfield”-powered V8 showed up in a “Bowe’s Seal Fast Special” sponsored race car at Indianapolis Motor Speedway driven by Ralph Hepburn. Sporting the 450 HP V8 Novi engine, it had revolutionary power for its time and was loved by fans for its speed and sound. What gave the car it’s distinctive scream was a gear-driven centrifugal supercharger, which turned 5.35 times faster than the crankshaft speed. A leap in technology in a time of straight eights.

Then after the war, Hepburn remerged with another more advanced version of the car, this time with the 510 HP, 183-cubic-inch, supercharged V8 Novi fitted to a Kurtis Kraft front-wheel-drive chassis. In 1946 at Indianapolis Motor Speedway, driver Ralph Hepburn finished 4th in that race, setting the track record and leading the field for 44 laps. Obliterating track records according to Davidson.

Credit: Indianapolis Motor Speedway Museum – Built-in 1947, driver Duke Nalon raced this car in 1948 to finish third despite setbacks during the race. The Novi engine was a breakthrough in its time and was designed and made in Novi Michigan.

The front-drive Novi’s had their run from 1946-1955. The best finish occurring by driver Duke Nalon in 1948, he was the fastest qualifier and finished third at Indy. Despite having to make two pit stops along the way. The Novi engine was dangerously powerful, long before drivers had a full harness or roll cages. Drivers Hepburn and Chet Miller both died in 1948 and 1953 driving the Novi-engined cars in practice. 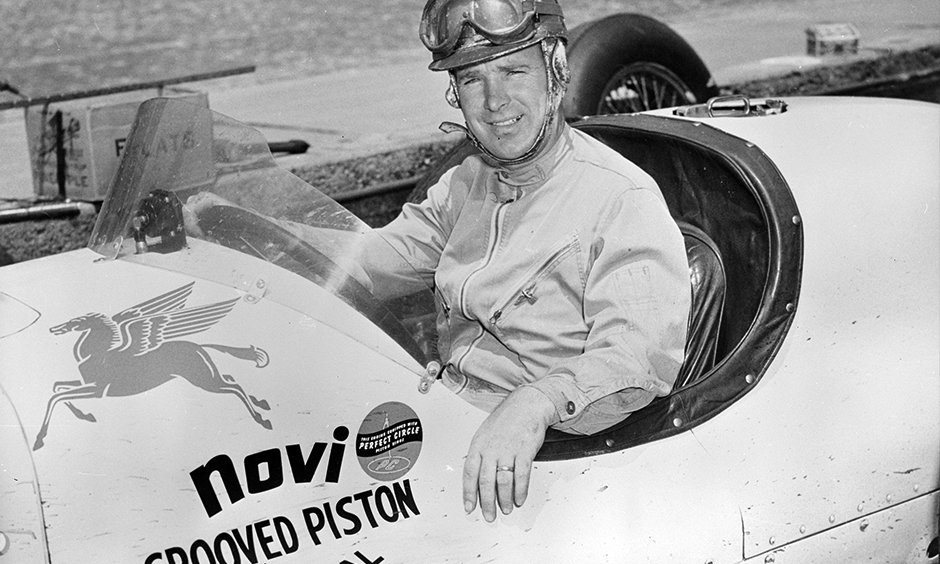 However as automotive technology advanced, in 1959 and 1960 two Novis, driven by Paul Russo and Dempsey Wilson were entered at Indy, but failed to qualify. You can check out more about the car that made Novi famous below.

© 2020 CBS Broadcasting Inc. All Rights Reserved. This material may not be published, broadcast, rewritten, or redistributed. Information from ClassicCars.com, Wikipedia, Indianapolis Motor City Speedway Museum, Indycar.com,  assisted in this report.