CBS Detroit – It was 84 years ago when Bob Wian sold his prized DeSoto Roadster to pursue the American dream of his own business. He took the money and bought a hamburger stand in Glendale, California, and named it Bob’s Pantry. Six months later he sliced a bun three ways and added two patties to it and created the very first double-decker burger.

The burger took off and customers flocked in to get Bob’s new creation. One customer couldn’t get enough, he was a chubby six-year-old named Richard Woodruff. His devotion to the double-decker burger inspired Bob to name it after him, and the iconic Big Boy that we know now came to be after his nickname for Richard.

To celebrate this American success, Big Boy is kicking off its 84th Anniversary with Big Boy day on August 26th. Where patrons can get a carryout, curbside, or car hop order of the original Big Boy double-decker that started it all for only 84 cents, with the purchase of a Pepsi product. 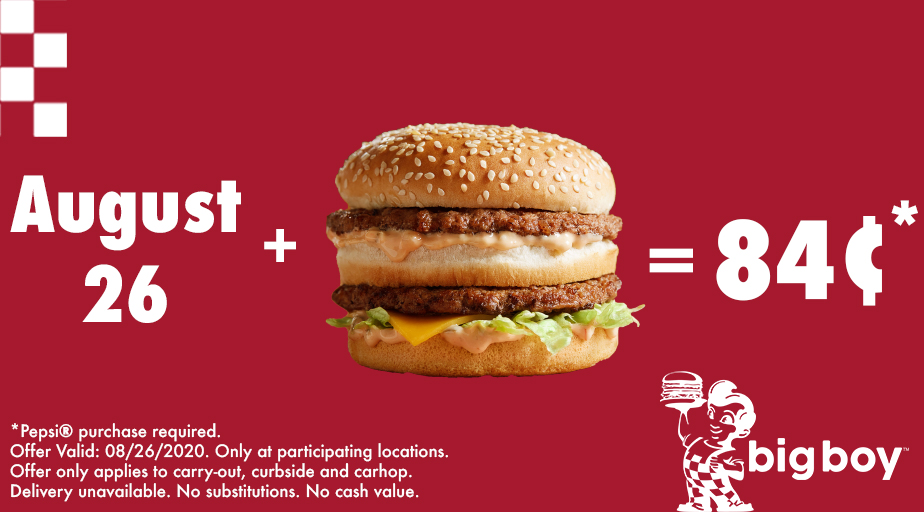 People who sign up for the “i love Big Boy” email club can also get a free meal on their anniversary, and their birthday.