CBS Detroit – A construction worker died yesterday while working on the Saginaw Trail natural gas pipeline replacement in Highland Township. The 49-year-old Howell man was working for Snelson Pipeline. A contractor working for Consumers energy to replace an old gas pipeline installed in the 1940s. 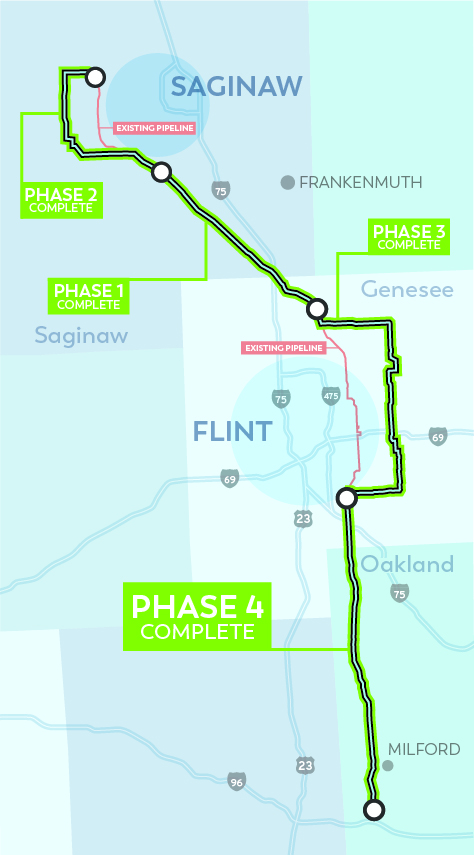 As reported by Hometown Life, Consumers Energy confirmed that the Snelson Pipeline employee died while working next to heavy matting used in the transport of heavy equipment fell and crushed him. Oakland County Sherriff responded to a call at Woodruff Lake and Center Roads. The Highland Twp. Fire Department also responded to the scene at 2:33 pm on Thursday. They found the construction worker from Howell pinned down between a  dump truck and a large wooden road mat.

Oakland County Sherriff Deputies determined the man was the driver of the dump truck. As he was standing beside the truck which was parked alongside a large pile of wooden road mats (used for transporting heavy equipment), an excavator spun around while loading the truck, hitting the pile of mats which toppled one of the mats onto him, pinning him down.

Fellow construction workers managed to free him, and emergency responders provided aid at the scene before sending him to the hospital. However, the Howell man later died at the hospital. The accident is under investigation and an autopsy is scheduled to be done.

The Saginaw Trail Pipeline is a four-phase, $619 million project, that Consumer’s Energy says will modernize the natural gas infrastructure into Saginaw, Genessee, and Oakland Counties. The project replaces pipe that is going on 80 years from 12-inch and 16-inch pipe with a 24-inch U.S. Steel pipeline. The area where the accident took place on Thursday, is part of final stretch of Phase 4, as the pipeline is being installed into the Milford area in Oakland County.

In a statement to Hometown Life, Consumer’s Energy spokeswoman wrote, “Our thoughts are with this individual’s family, friends and co-workers,”. She added, “Safety is our top priority and an investigation regarding the cause of this incident has begun in conjunction between our contractor and the Michigan Occupational Safety and Health Administration.”