CBS Detroit – During a preliminary examination before Judge Kelley Kostin of the 52-2 District Court, it was determined enough evidence exists for a trial to go on accusing Jeffery Bernard Morris, 60, of Pontiac for the first-degree murder of poker player Susie Zhao. Zhao who is known on the poker circuit as “Susie Q”, was found on July 13, according to a report by The Detroit News.

Morris who has convictions for third-degree sexual conduct and misdemeanor domestic violence. Prosecuting attorney Ken Frazee called about the murder of Zhao, whose body was found burned and her wrists bound with zip ties near a trailhead in the Pontiac Lake Recreation Area. 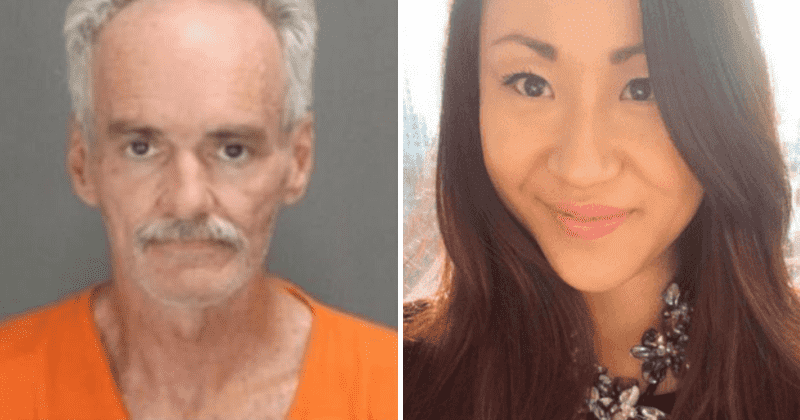 Credit: Meaww.com – Morris (Left) is accused in the murder of Susie Zhao (right).

Ronald Grinwald of White Lake who discovered Zhao’s body testified he wasn’t sure if it was a “store mannequin or Halloween prank”.  Prosecuting attorney Frazee called on numerous witnesses which included an FBI agent and White Lake Police Department detective Thomas Sorasin.

Sorasin testified phone records showed eight phone calls between Morris and Zhao just hours before meeting on July 12. Which according to The Detroit News, Morris rented a room at the Sherwood Motel on Dixie Highway. An employee at the Sherwood Motel testified that Morris and Zhao stayed there on occasion. Zhao had returned from California to visit relatives in the Metro Detroit area.

It was also revealed that cell phone tower records pinpointed phones used by Zhao and Morris in an isolated area of the Pontiac Lake Recreation Area. Cameras at a Meijer store caught Morris’ 2008 Audi, where an employee testified he is believed to have shoplifted cable ties and petroleum jelly from there. His car was caught driving by on cameras near the park, and after police looked at his phone, Morris attempted to delete all records of communication with Zhao.

Dr. Andrew Hanosh, assistant medical director testified that an autopsy showed Zhao had been “punched” by a human fist or another blunt object between her genitals, however saying her cause of death was thermal burns over 90% of her body. Smoke and soot was found in her lungs to indicate she was burned alive. Detective Sorasin said that Morris’ phone and internet records showed he had visited several violent pornographic websites, and looked into removing the rear seat from his Audi.

Defense attorney Pamela Johnson called the evidence against her client circumstantial, asking Judge Kelly Kostin to dismiss the case, but the judge ruled enough evidence exists to remand the case to trial. Morris is being held in the Oakland County Jail without bond pending the upcoming trial.