CBS Detroit – An American man found out the hard way that Thailand doesn’t value free speech the same way America does while working on a tourist visa. In an article by the New York Times, Wesley Barnes who is originally from Pine Bluff, Arkansas was jailed for a negative Tripadvisor review of the Sea View Resort and Spa Koh Chang on Kai Bae Beach, which is on Koh Chang Island, Trat, Thailand.

According to the website Conan Daily, Barnes is an American citizen working as a teacher in Thailand. He was working on a tourist visa and was in the process of getting a Non-immigrant Visa-B to teach formally. Some places report he was working illegally in the country. Due to COVID-19, he was on visa amnesty as his visa expired in May of 2020. On June 27, 2020, Barnes and a friend drove to the Sea View Resort and Spa Koh Chang. According to a letter Barnes wrote to British blogger Richard Barrow, when they arrived they asked to see a room. At first, they were told to go look online. After some discussion, the staff agreed to let them see a room, and he and his friend subsequently booked it for the night for 6,000 baht ($198.74 USD). 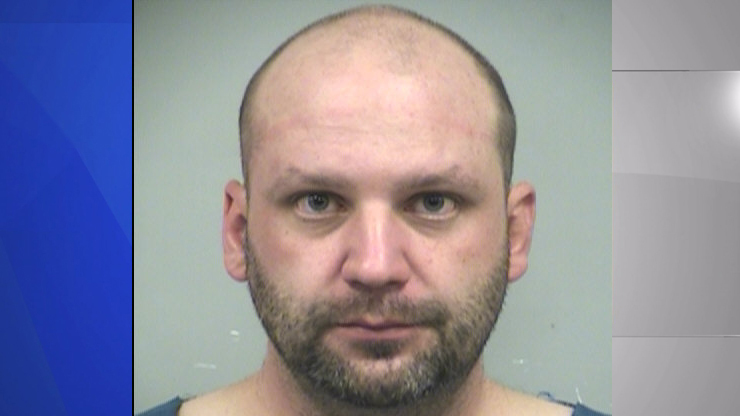 Credit: Fox4KC.com – Wesley G Barnes photo from 2017 when he claimed he was a federal agent and fired shots inside a Kansas City, MO bar.

According to Barnes, they proceeded to enjoy their stay, but the hotel staff was “unfriendly at every turn”. To avoid drinking and driving, they decided to have dinner and drinks at the hotel restaurant. They took along with them a bottle of gin which they were told would cost a 500 baht (Approximately $15) “corkage fee”. They were shocked at the fee and “complained a little bit”, but in the end, his friend agreed to the fee. The server proceeded to tell the manager who came over and had an attitude with the two men, according to Barnes’ account.

According to the director of food and beverage at the resort, they were using “abusive” language towards the employees and in the end waived the corkage fee. According to Barnes, he wrote, “Before we left, my friend the peaceful one, wanted to tell the manager that he handled the situation wrong. The manager got upset and tried to argue with my friend. My friend brushed it off and didn’t argue with him. I did notice how the staff seemed scared of the management and more worried about management more than serving the customers. Later, on our balcony trying to enjoy the rest of our night, we see that manager with another employee, picking up room service dished I think. He was yelling and acting very aggressive. That was when I said I will write a review about this place when I leave. With that manager, I felt there was some type of master/slave mentality going on (author’s note: apparently in regard to the manager’s treatment of staff). So in my original post, I used the phrase modern slavery. It was not nice by any means but it made my point and how I felt about the situation there. I could have never dreamt what would happen next.”.

According to Trip Advisor, their business model is that everybody has “the right to write”. After Barnes posted the negative one-star review on Trip Advisor, Barnes received an email demanding he remove his review or face criminal charges. As an American, Barnes thought it was an empty threat. However, according to the New York Times, while Thailand is very tourist-friendly, it has various anti-free speech laws that include “criminal defamation, improper online content, sedition, contempt of court, and insulting the monarchy”. Otherwise known as ‘lèse-majesté’. These laws can carry 15 years in prison, and according to Phil Robertson at Human Rights Watch, the culture there is about ‘saving face’. He said Thai’s do not hesitate going to court, even over a minor insult. “If Thailand would simply decriminalize defamation, making it a purely civil law matter, this would create a major change in Thai society overnight,” said Robertson.

MORE FROM CBS DETROIT: Stimulus Package Update: What will a Biden Administration mean for more aid?

Robertson found immigration police at his workplace the next day with a warrant for his arrest and subsequently spent two nights in jail. Trip Advisor stepped in and paid his legal fees. Tripadvisor vice president and associate general counsel, Bradford Young, told the New York Times, “This is the first case we are aware of where a Tripadvisor member spent time in jail as a result of a review they posted to our website.”

The Sea View agreed to a deal that they would drop the charges if Barnes would write a “sincere apology”. Which they called his online comments “xenophobic” against their staff. According to the Times, Barnes agreed to the terms, but his apology was more a forced confession. He was also required to obtain an agreement from Trip Advisor that they would not ‘Red Badge’ the resort. Which is something that can lead to big-losses in business from tourists if Trip Advisor puts flag on a business’s page.

Trip Advisor Gets The Final Word

Trip Advisor does put various warnings on their site to warn travelers of various safety issues. For them to agree to not post a red badge they said goes against the company’s purpose of informing travelers. “The settlement agreement basically required Mr. Barnes to convince Tripadvisor to stop acting like Tripadvisor,” said Young.

With an agreement reached, and promising Tripadvisor wouldn’t post a “Red Badge” on the Seaview Resort’s page, police released Barnes and returned his passport and bail money. Which he then quickly left the country.

Once Barnes was safely out of Thailand, Trip Advisor published a new warning on the Seaview Tripadvisor page stating:

This hotel or individuals associated with this hotel filed criminal charges against a Tripadvisor user in relation to the traveler writing and posting online reviews. The reviewer spent time in jail as a result. Tripadvisor serves its users best when travelers are free to share their opinions and experiences on our platform – both positive and negative. The hotel may have been exercising its legal rights under local law, however, it is our role to inform you so you may take this into consideration when researching your travel plans.”

With this warning, the hotel got a substantial drop in ranking on Tripadvisor, which currently lists them 23 out of 80 hotels in Ko Chang, Thailand. Staff at Sea View Resort and Spa Koh Chang criticized Tripadvisor for going back on their agreement. Accusing them of not being impartial and not helping any of the parties in the matter.

Tripadvisor maintains that they were not a party to the agreement, and their main commitment was to keep Barnes out of Thai prison. “We sent a letter to Mr. Barnes taking steps to ensure his safety. We told the hotel the letter was accurate when they asked. We also have not violated any terms of the letter.” said Young.

Wesley Barnes hasn’t commented since the incident. It is also reported that Barnes was jailed from 2004 to 2009 for driving under the influence of alcohol or drugs. In October of 2017, Fox4 Kansas City reported, Barnes claimed he was a federal agent, showing a pistol to a patron in a Kansas City, MO bar that resulted in shots fired at another bar. Police arrested Barnes on two counts of unlawful use of a weapon, and two counts of armed criminal action.

© 2020 CBS Broadcasting Inc. All Rights Reserved. This material may not be published, broadcast, rewritten, or redistributed. Information from the New York Times and Conan Daily contributed to this report.