CBS Detroit – A freighter has run aground in the Detroit River near Grosse Ile, Michigan, and Amherstburg Ontario. The 498-foot, Canadian-owned and operated Harvest Spirit is perpendicular to the channel and as of 6:16 pm Wednesday its AIS beacon is indicating it is still in the river in an area on the charts called Hole in the Wall.

In an article by the Detroit Free Press, the freighter owned by the Canadian company McKeil ran aground after it lost power due to a lube-oil failure in its engines according to Lt. Jeremiah Schiessel of the United States Coast Guard. The swift current of the Detroit River turned the ship sideways in the channel causing it to get stuck and is currently blocking the shipping channel.

According to Lt. Schiessel, “Once they lost propulsion, they were unable to control the ship and so they dropped their stern anchor and that causes the bow to kind of swing,”. He also told the Detroit Free Press, “When someone loses propulsion it’s a very dangerous situation so the best thing to do is to get that thing stable, but unfortunately the bow ran aground.” 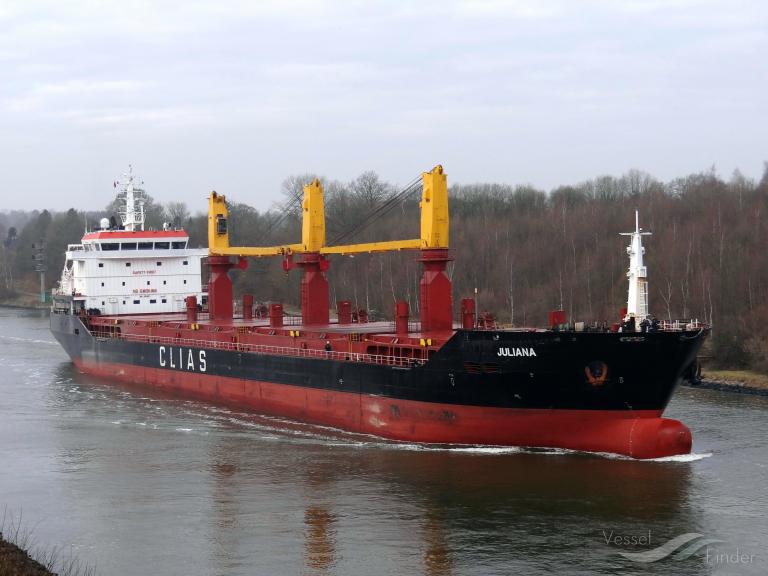 Credit: Vesselfinder.com – The Harvest Spirit is a general cargo ship with a Canadian registration.

The Harvest Spirit is currently reporting as bound for the port of Hamilton, Ontario carrying 74,000 gallons of diesel fuel and 9,000 to 10,000 metric tons of coke used to heat industrial furnaces. As of Wednesday, there haven’t been any reports of hazardous materials into the Detroit River. Because the incident took place in Canadian waters, and the ship is of Canadian registration, salvage operations are being led by Transport Canada and the Canadian Coast Guard. The salvage plan is still awaiting approval by the USCG and Canadian authorities according to the Detroit Free Press.

To get the ship free from the bottom, weight aboard the boat will have to be shifted while tug boats try to move the freighter free. An operation that is estimated to last all night and into Thursday. “Basically, our priority is just making sure that the public and the responders are safe and the economic impact and the environmental, making sure that nothing gets spilled into the waterway system. Making sure that that is done safely and efficiently takes quite a bit of time.” Lt. Schiessel said to the Detroit Free Press.

The Harvest Spirit is a relatively new ship that travels the Great Lakes being built in 2012 and has a gross tonnage of 11,953 according to Vesselfinder. The coke that is on board is bound for Zug Island in Detroit which is home to a foundry owned by United States Steel. She left the port of Thunder Bay, Ontario last Friday.