CBS Detroit – The Michigan Restaurant & Lodging Association launched a lawsuit for a temporary injunction against Governor Whitmer’s temporary ban on indoor dining by the Michigan Department of Health and Human Services. That case was turned down by federal Judge Paul Maloney according to an article by the Detroit Free Press. For restaurants, this hits hard as many have to remain closed or limit their operations to takeout only while the three-week pause expires on December 8th.

Maloney is a former Republican prosecutor for Berrien County appointed to the federal bench by President George W. Bush. In a written ruling, the court said “a plausible explanation for the emergency order exists: Restaurant patrons cannot wear a mask while eating or drinking.” according to the Detroit Free Press. Maloney continued in his ruling, “But as the Court noted in its previous Order, individuals can patronize the businesses that remain open while wearing a mask. To the extent that restaurants are treated differently than other food service establishments— mall food courts and airports, for instance — the Court notes that those food service establishments are much more transitional than a sit-down, dine-in restaurant. A group might not linger in an airport restaurant as long as it would linger in a normal restaurant.” The MRLA also asked in its suit for the court to find the state’s indoor dining ban unconstitutional, however, Maloney ruled that is a matter for the Michigan Supreme Court.

MORE FROM CBS DETROIT: Michigan Couple Married For 47 Years Die Of COVID-19 Within A Minute Of One Another

Now the MRLA aims for a fight that they expect the Governor to extend the current shutdown of indoor dining past December 8th. MRLA President and CEO Justin Winslow said in a statement to the Detroit Free Press, “Presumptions and generalizations will not suffice and should no longer be tolerated given the significant human toll they have wrought from closing restaurants for a second time this year,”. Winslow’s position is that the MRLA and Michigan’s restaurant industry has “ideas and reasonable solutions to offer and reiterate our willingness to engage in a substantive dialogue with this administration should they wish to do the same.” While MDHHS director Robert Gordon still maintains that to prevent cases of COVID-19, protocols to limit specific indoor gatherings, social distancing, wearing of masks, and frequent hand washing is key to slow the spread and get Michigan’s economy moving again.

Crain’s Detroit Business reports Governor Whitmer gave a stern warning about restaurants who would willfully break the law and remain open, but also said she understands their plight and wants them to succeed. Asking the legislature to approve a $100 million stimulus package. However, how much of the aid would end up going to restaurants remains unclear if the bill passes the House and Senate.

Many in the restaurant industry are not pleased with the recent ruling. Jeremy Sasson is the president of Heirloom Hospitality Group which operates Townhouse restaurants in Birmingham and Detroit, as well as downtown Detroit eateries Prime and Proper. He was also part of the MRLA lawsuit. He told the Free Press in an email, “The court’s ruling today could be the final wrecking ball to an already broken and suffocating restaurant and hospitality industry,” vowing that the industry won’t give up fighting “during these dark and unfortunate time.”

Restauranteur Jeremy Syrocki says this ruling will lead to a lot of restaurants going out of business. Outside his Trenton restaurant Truago, he put up an inflatable Grinch with a “Gretch the Grinch” sign by it. Syrocki reports that he doing ok with carryout, but 75% of his staff is laid off. Many of which don’t qualify for the full $362 in state unemployment benefits.

Before the recent ruling owners of Andiamo and Joe Meur Seafood restaurant chains in Metro Detroit wrote a letter urging fellow restaurants in Michigan to band together and seat guests in defiance of Governor Whitmer. According to the Detroit Free Press, Joe and Rosalie Vicari wrote that if the MRLA lawsuit is lost, the governor could extend the indoor dining ban until after new Year’s. According to the Free Press, Vicari wrote that the “industry cannot survive another extended closure.” The letter also stated “Thousands of restaurants and tens of thousands of our employees can not survive it either. We need to band together and FIGHT BACK but we need to do this as a United Group of Michigan Restaurant Owners.”

Some restaurants are already fighting the ban. MLive reports, Spangler’s Family Restaurant in Jonesville MI in Hillsdale County is already ignoring the orders and seating guests. The restaurant, located along U.S. 12 has been open since November 28th. On their Facebook page they posted:

“We here at Spanglers Family Restaurant would just like to take a moment and say a very big THANK YOU to all of you for showing your support the way you so graciously have.. we are beyond appreciative to each and every one of you! We know this was a big decision and we know not everyone agrees with our stance, and that is ok! We still respect every single one of you and your freedom to choose! Yesterday was absolutely overwhelming with love and support..we thank you so deeply! We are working to the very best of our capability to accommodate each and every one of you, please be patient as we know there are longer than normal waits for tables and food… just know we are trying and we will get to you as quickly as we can!

According to MLive the Spangler’s Family Restaurant owner Mitch Spangler said the decision to stay open was about business. As his investors, family, and staff of 30 rely on the restaurant for their pay. He said to MLive, I disagree with the orders, but my motivation is out of survival for my family and employees.”

He has a lot to lose with the indoor dining ban. He has been running the 25-year-old family restaurant for seven years now. He has invested $500,000 into it and Hilltop Creamery in Jonesville. He lost 20% in revenue during the initial state lockdown last spring. Once Indiana and Ohio restaurants started seating again, he lost another 15% of revenue. Which his restaurant is only about a 30-minute drive to the Michigan border. Spangler says early on he wasn’t against the ban as the state and federal authorities were allowing an additional $600 extra per week in unemployment for people to get by. This time around nothing is being offered. “If it wasn’t a choice of being in business or going out of business – if there was help, then, yeah, I would (stay closed),” he told MLive. He added, that it wasn’t about “bucking the system” but “simply a business decision”. 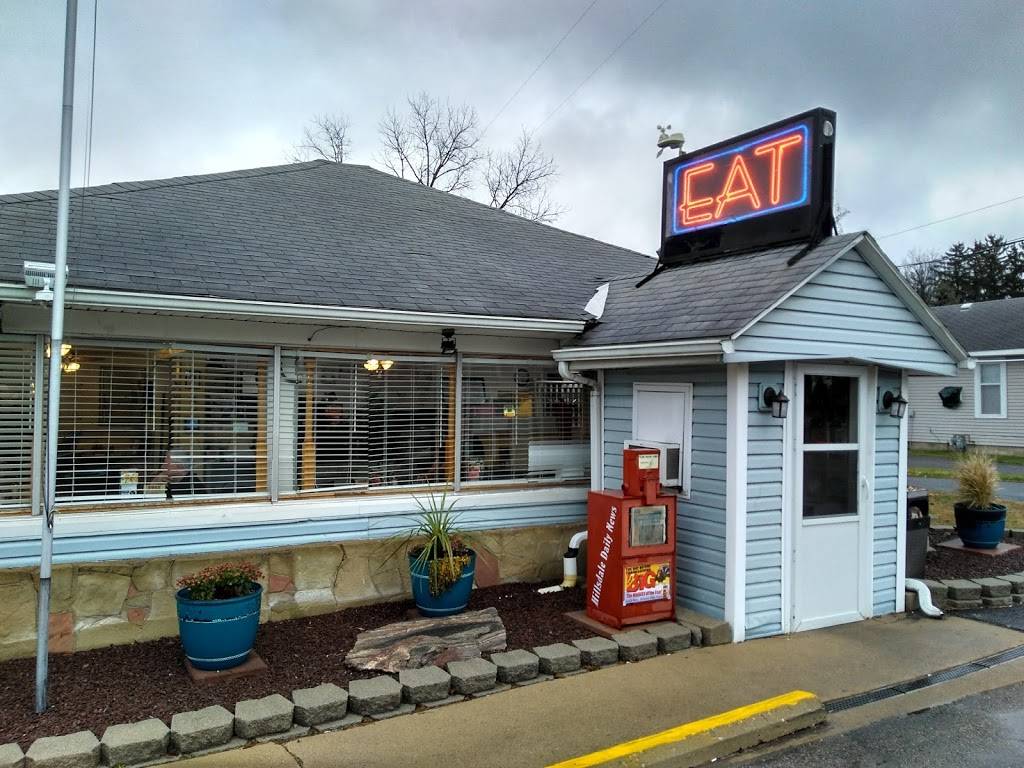 In Hillsdale County, the seven-day positivity rate for COVID-19 is 19.4% in November according to Mlive. Which is the percentage of COVID-19 tests that come back positive. Spangler maintains no cases have been linked to his restaurant.

For Spangler, he says that people who feel the need to protect themselves shouldn’t go to restaurants. “If you believe that you’re going to get COVID because you’re out and about, you probably shouldn’t be out and about,” he told MLive. Spangler’s Restaurant isn’t alone in defying the governor’s order either. Restaurants in Newaygo, Fremont, Fenton, Calumet, and Lapeer have received fines or had their liquor licenses suspended by the state.

Spangler has retained attorney David Kallman, the same attorney who represented Owosso barber Karl Manke. According to Spangler, they have recently received a cease and desist letter from the local health department and the State of Michigan but still remains open for dining and is in the process of exploring legal options with his attorney. In the case of Karl Manke, the charges were dropped after the Michigan Supreme Court ruled against Governor Whitmer’s authority under the emergency powers act. Kallman is also representing 70 other restaurant owners.

© 2020 CBS Broadcasting Inc. All Rights Reserved. This material may not be published, broadcast, rewritten, or redistributed. Information from the Detroit Free Press and MLive contributed to this report.