WHITEHALL (AP) — The spine of what is believed to be a shipwreck from 1878 has emerged through the sand along Lake Michigan in western Michigan.

Experts say the wood ribbing might be a section from the LC Woodruff, a schooner that sank near Whitehall while carrying corn 140 years ago. 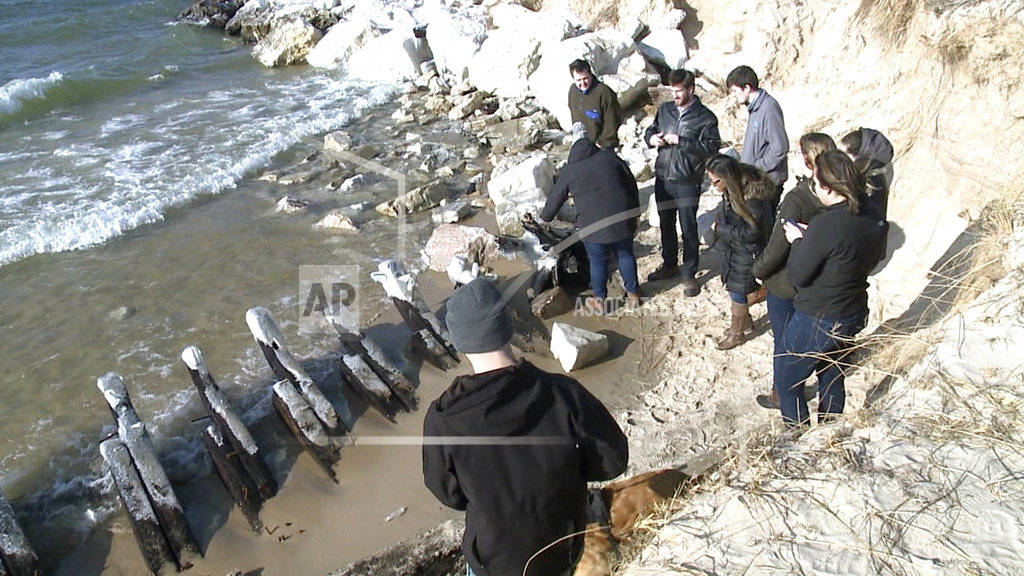 In this Dec. 10, 2018 image made from video and provided by WXMI-TV, people look at the remains of a Lake Michigan shipwreck on shore near Whitehall, Mich. Some experts believe it’s the LC Woodruff, a schooner that sank in 1878. (WXMI-TV via AP)

Allan Dake, a researcher at the Muskegon Heritage Museum, says the shipwreck didn’t wash ashore. He tells MLive.com that the wreck has stayed in place but now is exposed because of waves and currents. It also happened in 1942 and 1974.

People have been visiting the site after seeing photos on social media.

Valerie van Heest of the Michigan Shipwreck Research Association says the wreck won’t be visible for long. She tells WXMI-TV that it “may be gone with the next storm.”