CBS Detroit – The European Space Agency released images of a cloud on Mars that reached up to 1,118 miles long or 1,800km. The images were on July 17th and 19th.

The cloud is centered on the Arsia Mons volcano, but scientists don’t think it is associated with volcanic activity. Instead, they notice the cloud is affected by the volcano’s “leeward” slope which doesn’t face the wind. The Arisa Mons volcano is over 20km or 12 miles high and the images were captured by the Visual Monitoring Camera (VMC) onboard the Mars Express orbital spacecraft. 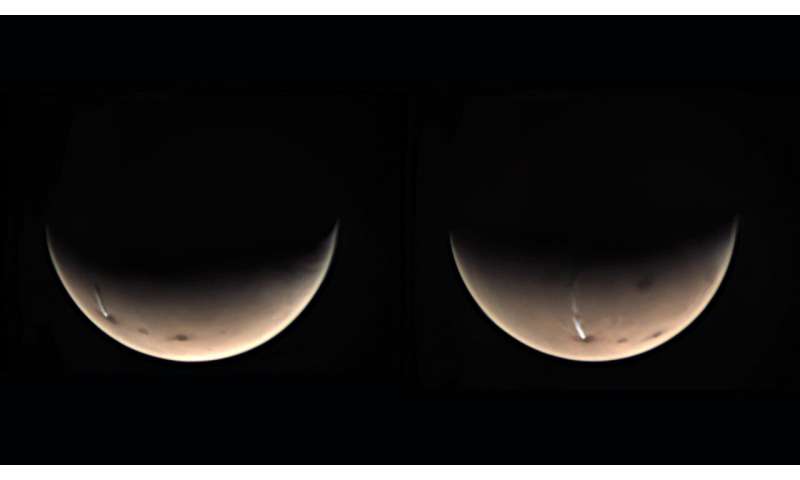 According to Jorge Hernandez-Bernal, a Ph.D. candidate leading the study at the University of the Basque Country in Spain, they have been studying the phenomenon and were expecting a larger cloud to form. “This elongated cloud forms every martian year during this season around the southern solstice, and repeats for 80 days or even more, following a rapid daily cycle. However, we don’t know yet if the clouds are always quite this impressive”. 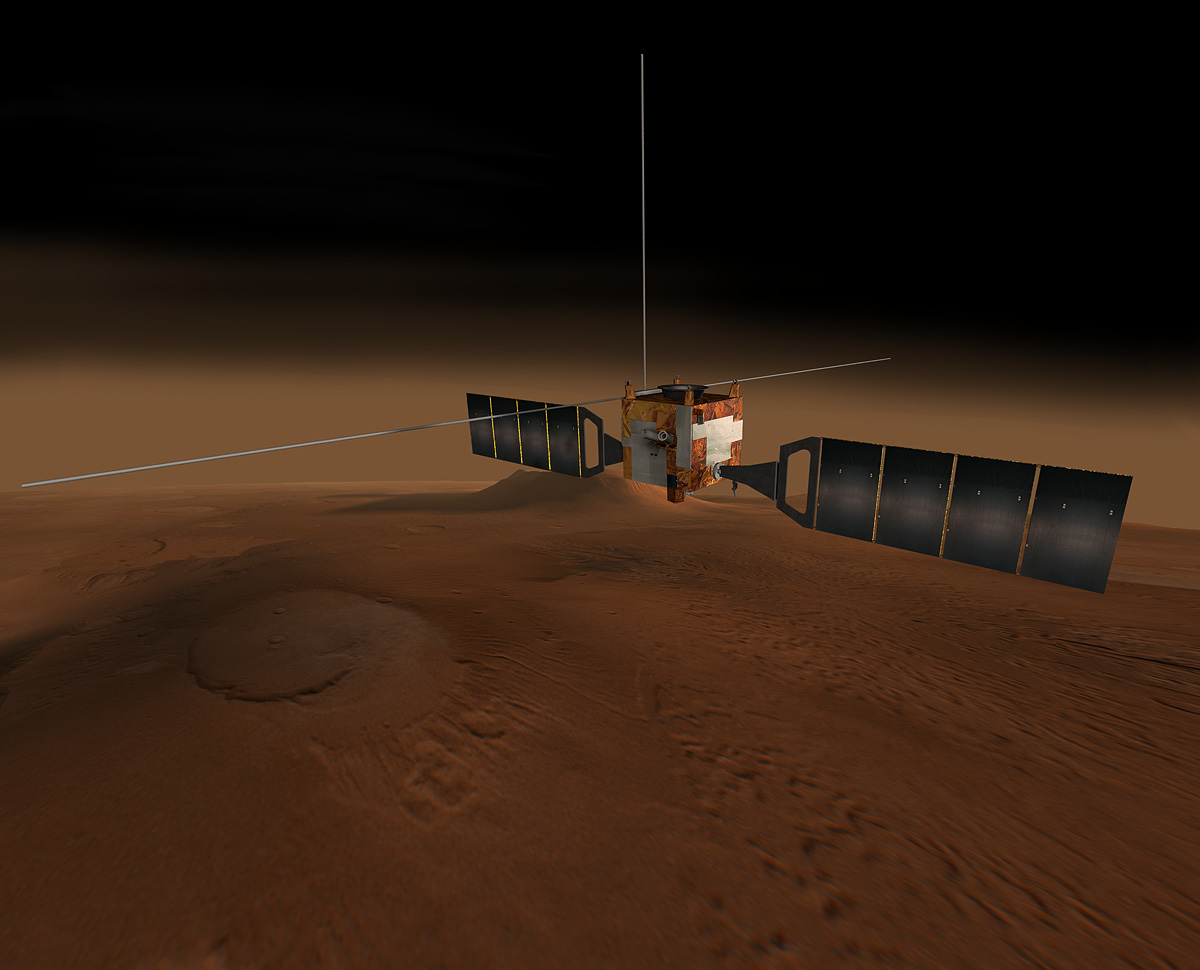 On Mars, a typical day or sol is longer than the 24 hours on earth… 24 hours, 39 minutes, and 35 seconds to be precise. This means a year on Mars is 668 sols. So on Mars scientists say the seasons last twice as long. Like earth’s winter solstice on December 21, the sun is in the most southernmost position in the sky on Mars. During this time the cloud grows for three hours in the morning and then quickly dissipates a few hours later.

The cloud has been seen before, but not like what the Mars Express VMC “webcam” has been able to capture recently. It has been seen in missions going back to 2009. In September of 2018, they captured an image of it and theorized it was due to ice crystals forming around high altitude dust particles blow off the top of Arsia Mons volcano. Previously before this image was captured, there was a giant dust storm that engulfed the planet in June and July of 2018.

Unlike other spacecraft orbiting Mars, the Mars Express orbiter has a unique elliptical orbit which along with its VMC camera, gives it wider view of the red planet in the Martian morning hours to capture strange features like this. The cloud has been officially named the Arsia Mons Elongated Cloud or AMEC. As they study this cloud more, they hope to discover why it appears and reappears only in the morning hours. Hopefully expanding our understanding of Mar’s geography and past.