CBS Detroit – President Donald Trump has a judge from Michigan in his shortlist for the Supreme Court in the recent death of Justice Ruth Bader-Ginsburg. According to the Detroit News, on an appearance on Fox and Friends, the president said he considering five people for the Supreme court. Saying previously he intends to appoint a woman to replace Justice Ginsburg, Trump said “a great one from Michigan” is one people being considered. 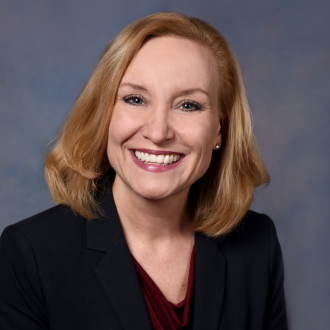 A source revealed that the woman Trump is considering is Judge Joan Larsen, who currently sits on the United States Court of Appeals, Sixth Circuit. According to The Detroit News, Larson clerked for Justice Antonin Scalia, and she was appointed to the U.S. 6th Circuit in 2017. Before becoming a Judge, Judge Larson was a faculty member at the UofM Law School and was first in her class at Northwestern University School of Law.

In 2017, Larson was confirmed to the U.S. Court of Appeals 6th Circuit with a 60-38 vote that included Senators Stabenow, D-MI, and Peters, D-MI. However, Senator Gary Peters with many other Democrats believe Trump shouldn’t make the decision for Supreme Court Justice. That the decision should wait until after the election.

In the Fox and Friends interview, President Trump said “We’re looking for somebody who’s brilliant, really understands the law and abides by the Constitution,”.  In 2018 when Justice Kavanaugh was under the process of being confirmed by the Senate, Judge Lason was also being considered at that time. Also on the list from Michigan at the time was retired Michigan Supreme Court Judge Robert Young and Judge Raymond M. Kethledge who also sits on the U.S. 6th Circuit U.S. Court of Appeals.

Carl Tobias, an expert in the judicial selection process at the University of Richmond School of Law said that Trump is really pushing to win in Michigan, so a Michigan judge makes a lot of sense politically.

© 2020 CBS Broadcasting Inc. All Rights Reserved. This material may not be published, broadcast, rewritten, or redistributed. Information from the Detroit News and The Federalist Society contributed to this report.